Recently released pending home sales figures suggest a bright future for not only the Portland housing market, but also the national level. The national pending transactions index released by the National Association of Realtors has risen for a second month in a row. The index has also risen past 100. This is important because the only other time the index has broken 100 since the housing boom collapsed is when the home owner tax credit was in effect. According to Portland realtors the fact that the index has returned to it’s current level a year since the home owner tax credit has been in effect implies that the housing market is recovering seemingly on its own without the addition of any form of stimulus.

Real estate trends analysts are hopeful for the future of the Portland housing market and the national housing market. The local market is displaying signs of growth in multiple areas besides just in pending sales figures. Both local and national rates of housing starts are increasing while housing prices are stabilizing. Nationwide around 100,000 jobs are created a month and shows signs of being able to rise to 150,000 jobs created a month. Brokers note however that this is not significant enough to return things to the level they were before the downturn, but instead signifies that the market is heading in the right direction and that with increases in values, you will see a similar uptick in some outlying areas as well. 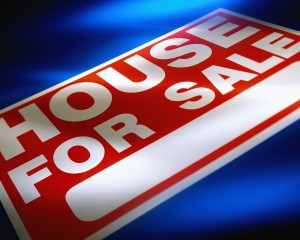